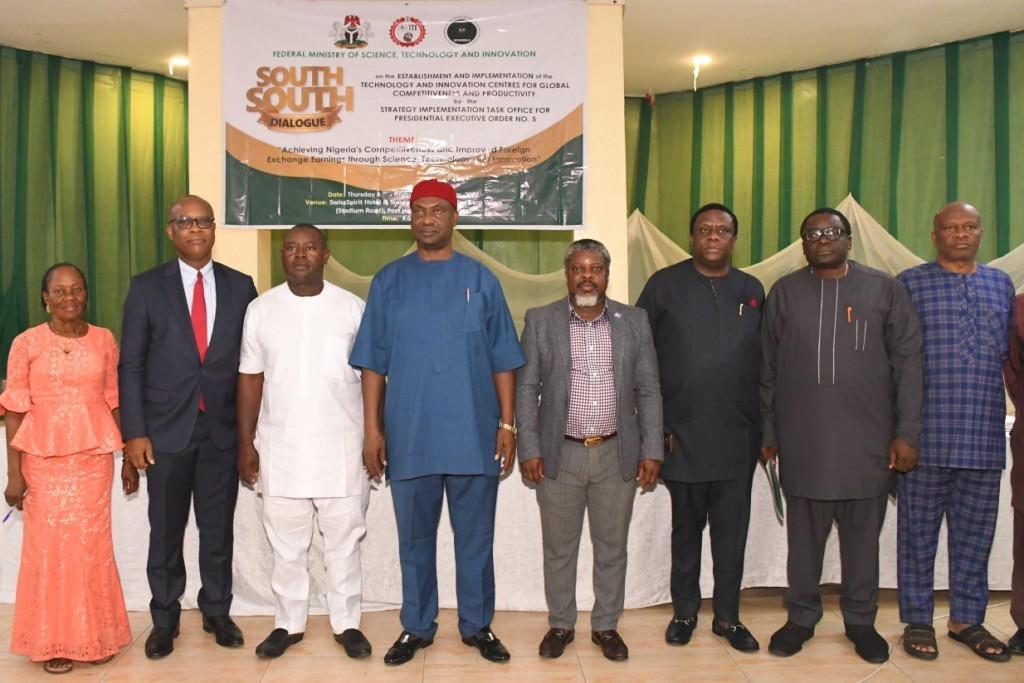 The Federal Government has approved for the Indigenous production of Satellite in Nigeria to facilitate and boost Internet broadband penetration.

The satellite production and design will be achieved through a Public Private Partnership (PPP) Project in line with Executive Order No.5. The presidential executive order No.5 seeks to boost local production and ensure that Nigeria relies less on imports.

During the dialogue, the Minister said that the geo-political dialogues would enhance the productive capacities of each geo-political zone to promote the nation’s Global Competitiveness and Productivity.

According to Chief Ikoh, the Technology and Innovation centers have the task of showcasing the role of Science, Technology, and Innovation in socio-economic development, he added that this will ensure Nigeria moves from a resource-based economy to a Knowledge and Innovation driven economy.

He further said that the development of Technology Innovation centers will provide the enabling environment for the Emergence of Tech-Giants, Innovative discoveries, and Inventions, that will accelerate reverse engineering.

According to Chief Ikoh, “It is envisaged that the operationalization of the Technology and Innovation centres will lead to the emergence of commercial Research and Development Companies, which will, in turn, be used to attract Research Funding from local companies and Venture Capital that would motivate Nigerians to go into the field of Science, Research and Development (R&D)”.

The Minister assured Nigerians that the Federal Government will work hard to ensure the success of Technology development in the country and ensure that technological innovations and outputs from Nigeria are of World-class standards.

Chief Ikoh further reiterated the commitment of the Federal government to using Executive Order NO.5 to empower youths in the Niger- Delta region in welding technology, to enable them to compete with their foreign counterparts. He added that this will help curb restiveness and militancy.

Earlier, the National Coordinator, Strategy Implementation Task Office for Presidential Executive Order NO.5, Engr. Ibiam Oguejiofor, noted that the Federal Ministry of Science, Technology and Innovation, will collaborate with relevant stakeholders in the ecosystem to promote the application of STI in all sectors of the economy.

Speaking, the Rivers State Commissioner for Education, Science and Technology, Prof. Prince C. Mmom, commended the Federal Government for considering Rivers State as a host of the South-South zone and center of excellence for global competitiveness and productivity. He added that the state government is willing to support the promotion of indigenous technology in the Country.